Andy West: From Kenya to Hereford… The Long Way

Andy West: From Kenya to Hereford… The Long Way 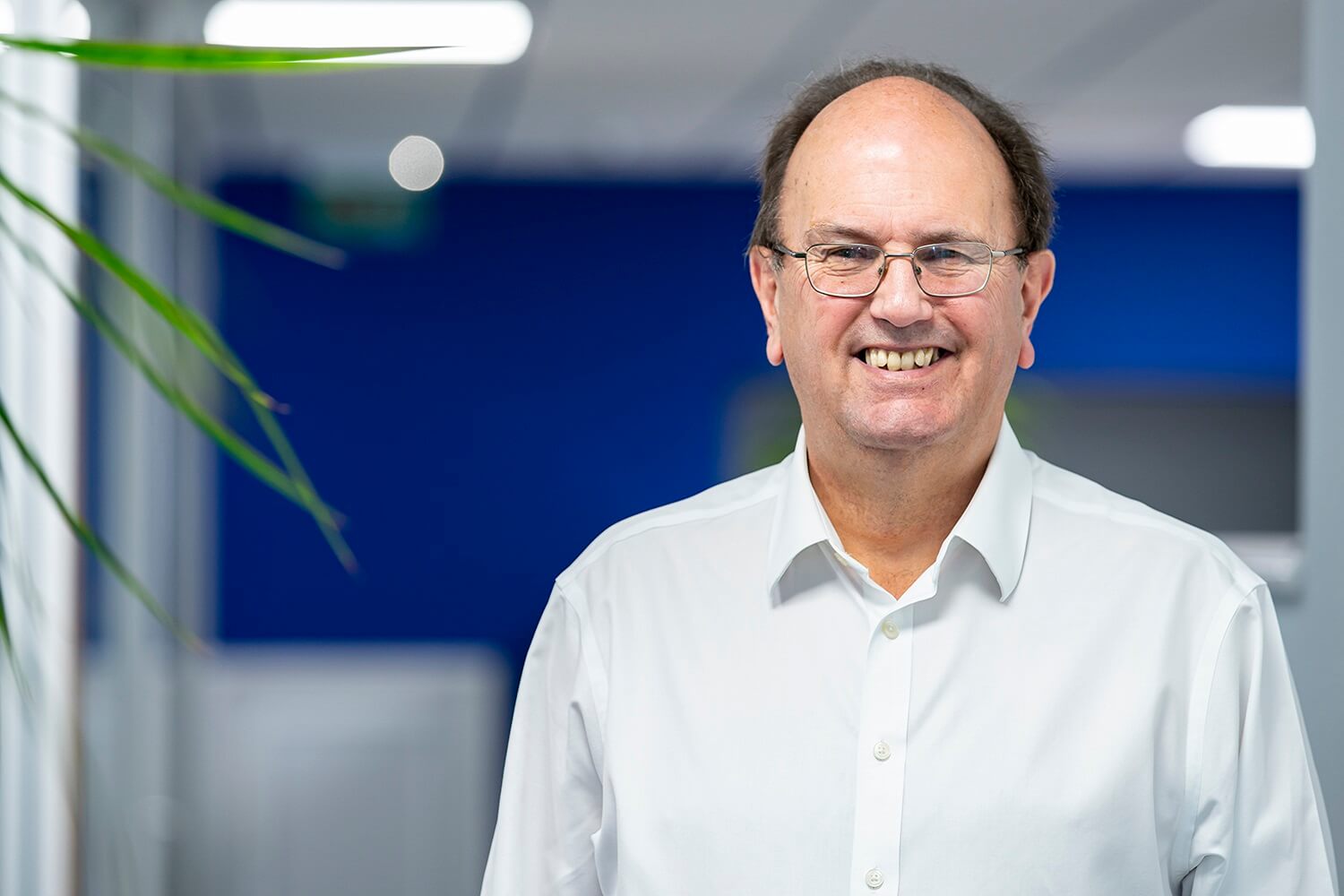 Andy West, Commercial Manager at Bachy Soletanche, celebrates 30 years of working for the company.  Here, he looks back on his career to date, stand-out project experiences and how the industry has changed during that time.

As I write this, I am currently working from my home in Hereford as I have been for the majority of the last 12 months. The experience has been somewhat surreal considering I have spent the most part of the last 34 years working away from home either on projects or at different company office locations.

My career in the commercial sector began when I undertook a degree in quantity surveying at Trent Polytechnic (now Nottingham Trent University). Upon graduating, I joined the DGI Group based in Kenilworth, where I spent four years working as a quantity surveyor (QS).  It was here that I was given the opportunity to develop my skills as a QS, working on various industrial and commercial buildings. Whilst at DGI I was given the opportunity of working in Abu Dhabi on a short assignment and this gave me the urge to seek an overseas opportunity as my career progressed.

Looking back on where I have been, the people I have met, and all that we, as a company, have achieved, fills me with a great sense of pride.

So following my time at DGI, I had my first taste of working full time overseas when PRPI offered me a role working as a PQS in their office in Lusaka, Zambia. I worked on a variety of projects and experienced the uncertainty of funding in a developing nation. We arranged the demolition of a major stadium in the north of the country to then be told there was no money for the planned replacement, so Zambia had to cancel its plans to host the Africa Cup of Nations.

After my two-year contract, I stayed on in Zambia with my first experience of working for a contractor who had won a contract to refurbish the road from Lusaka to the Zambia/Zimbabwe border. Large parts of the road were quite remote, so much so that I had an armed police escort when delivering the monthly payroll; and if scouting for sources of suitable fill in the surrounding bush, it was advisable to tread carefully for fear of landmines left from the Rhodesian War.

At the end of my contract in Zambia, an opportunity arose in Iraq. The war between Iran and Iraq was over, and Iraq was rebuilding…what could possibly go wrong? 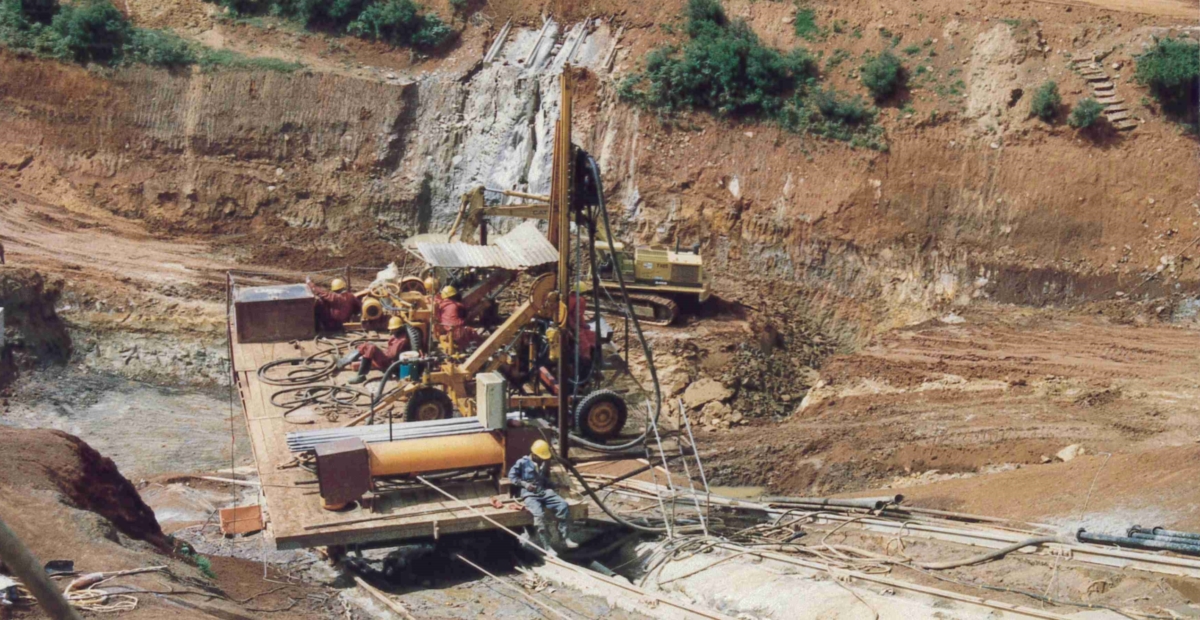 In 1991, during the build up to the First Gulf War, I found myself looking for a new role and heard that a piling company in Lancashire was looking for a quantity surveyor to work on a project in Kenya – this was to be the start of my career with Bachy Soletanche. The contract was to form a cut-off wall, using the jet grouting method, for the Thika Dam – part of the Third Nairobi Water Supply Project. The site was in the middle of a tea plantation with spectacular views and by turning 360 degrees you could see Mount Kenya, Kilimanjaro and the Aberdares.  During this project I learnt that confrontation was not necessarily always the best approach; I still have a copy of the draft letter requiring my removal from the project (fortunately, the situation was defused before it was issued).

Digitalisation has improved data management, provided wider access to records, and made it easier to store and search information. Together these advances have improved the efficiency of commercial operations. However, I still believe that if you want to know what is really happening, nothing beats a coffee and a chat with the supervisor

Upon the completion of the works in Kenya, I returned to the UK, headed off to Penarth in Wales and by default ended up taking the project manager position on the Land Reuse Scheme.  The work involved the construction of diaphragm and slurry walls to encapsulate an old dock that had been used as a rubbish tip. These were very happy days and it was on this project that I really began to get to know people in the group. Some of those, such as Mick Melly and Ian McKenna, are still with the business today. 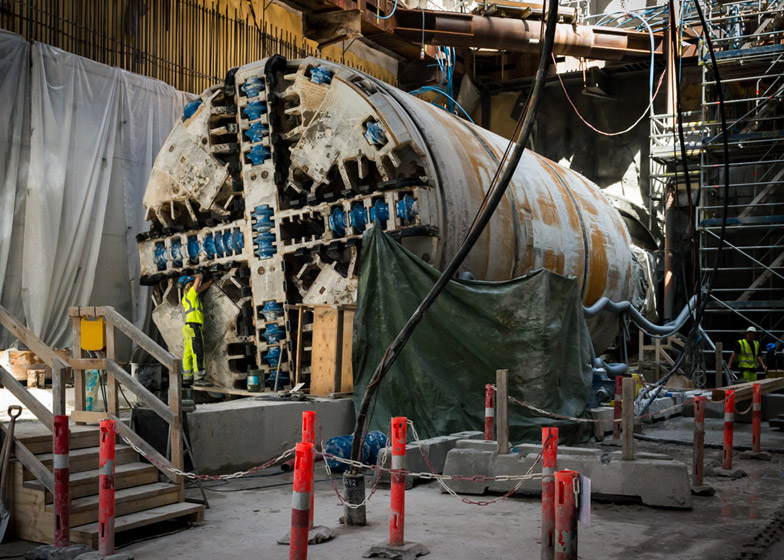 After three years working on the Jubilee Line project at North Greenwich in 1996, I travelled to Denmark to work on the Copenhagen Metro project as part of the COMET joint venture team.  This was formed of Carillion (UK), SAE International (France), Astaldi (Italy), Strabag (Austria), NCC (Denmark) and Bachy Soletanche. The team spent over six years delivering the 21km route, which enabled the urban development of the Ørestad area of the city. Working within a multi-national JV in Denmark was interesting to say the very least.

Between 2000 and 2010 I continued to accumulate the air miles travelling back and forth to Copenhagen as the arbitration progressed, as well as to Johannesburg and Dubai for a range of projects. The latter of these is now a very different emirate to when I first visited, with many different structures supported on foundations that our global group has constructed.

Working in the commercial arena brings many different challenges, but at the same time it can be very rewarding. There is a certain level of enjoyment in finding your way through a complicated situation and achieving a positive outcome for the business. Of course, the negotiations do not always fall in our favour, but this is part of the role and when these challenges arise, we aim to achieve the most favourable result possible.

Fundamentally, the commercial sector has not changed a great deal over the last three decades; it is still about building relationships with various parties, negotiating to protect business interests, and ultimately ensuring a profitable outcome on our projects. What has changed is the sophistication of the IT systems used in the construction industry. Digitalisation has improved data management, provided wider access to records, and made it easier to store and search information. Together these advances have improved the efficiency of commercial operations. However, I still believe that if you want to know what is really happening, nothing beats a coffee and a chat with the supervisor.

Working in the commercial arena brings many different challenges, but at the same time it can be very rewarding. There is a certain level of enjoyment in finding your way through a complicated situation and achieving a positive outcome for the business.

As you will have read above, working around the world has played a large part in my career. The last 12 months have involved very little travel, with the Covid-19 pandemic playing an understandable part in restricting movements. During this period, I have been able to spend time at home in Hereford and reflect on my career to date with Bachy Soletanche. Looking back on where I have been, the people I have met, and all that we, as a company, have achieved, fills me with a great sense of pride. I look forward to seeing what the future holds, and maybe, one day, I will make it back to Kenya.