Bachy Soletanche were awarded a contract to install a 12.5 metre diameter, 14 metre deep cased secant piled (CSP) shaft and design and construct a temporary jet grout plug in the base of the shaft. The 880mm diameter, 18.0 metre long secant piles were installed using the CSP technique. The piling was safely carried out very close to residential housing and the access road. The CSP technique delivers the verticality of rotary piling with the production rates of CFA.

The jet grout plug allowed the shaft to be fully dewatered without risk of settlements to surrounding buildings. The plug provided a temporary groundwater cut-off to avoid the ingress of water during excavation of the shaft and construction of the permanent base slab. The jet grout plug was built up from a series of primary, intermediate and secondary columns of different diameters.

Measurements of the jet grout column diameters were then made using the in house Cyljet Geo-physics testing system, to prove the overlapping of the columns.

Approximately 2.5 metres of made ground is underlain by loose to medium dense silty fine and medium Sand. The groundwater level was close to existing ground level.

Due to the high-water table and the highly permeable soil at the site it was imperative that the piles interlock over the full depth of 18m deep shaft, and so the high verticality CSP technique was chosen by the site team. The selection of this technique delivered both cost and program savings to the project. Another important driver was to ensure that spoil was safely, quietly and tidily deposited for later disposal, the in-house designed spoil system delivered on all these fronts.

A Klemm 704-1-E drilling rig was used to construct the jet grout columns. The rig was equipped with Enpajet, our in-house computer control and recording equipment for jet grouting. The use of this electrically powered rig also led to less environmental impact for the local residents with reduced noise and emissions. Following an in-house design A layout was developed to build up the plug across the shaft area using a combination of primary, intermediate and secondary columns of different diameters.

It was critical that the grout columns would overlap with no gaps left between them to ensure that the plug would be watertight. Trial columns were constructed outside of the shaft perimeter.  An in-house state-of-the-art geo-physics system, Cyljet, was used to check the quality and diameter of the jet grouting using a soil resistivity survey following construction of the trial columns.

The columns that would make up the plug were constructed from ground level. Four vent holes were installed down to the top of the plug to allow the air pressure to dissipate as the plug was closed. The shaft was later excavated successfully and in a dry condition.

Falling head tests were carried out in-situ in the jet grouted material. Further testing on samples cored from the jet grouted soil confirmed that the base plug had a permeability in the region of 1 x 10-9 m/s, a level normally associated with cut-off barriers.successfully and in a dry condition. 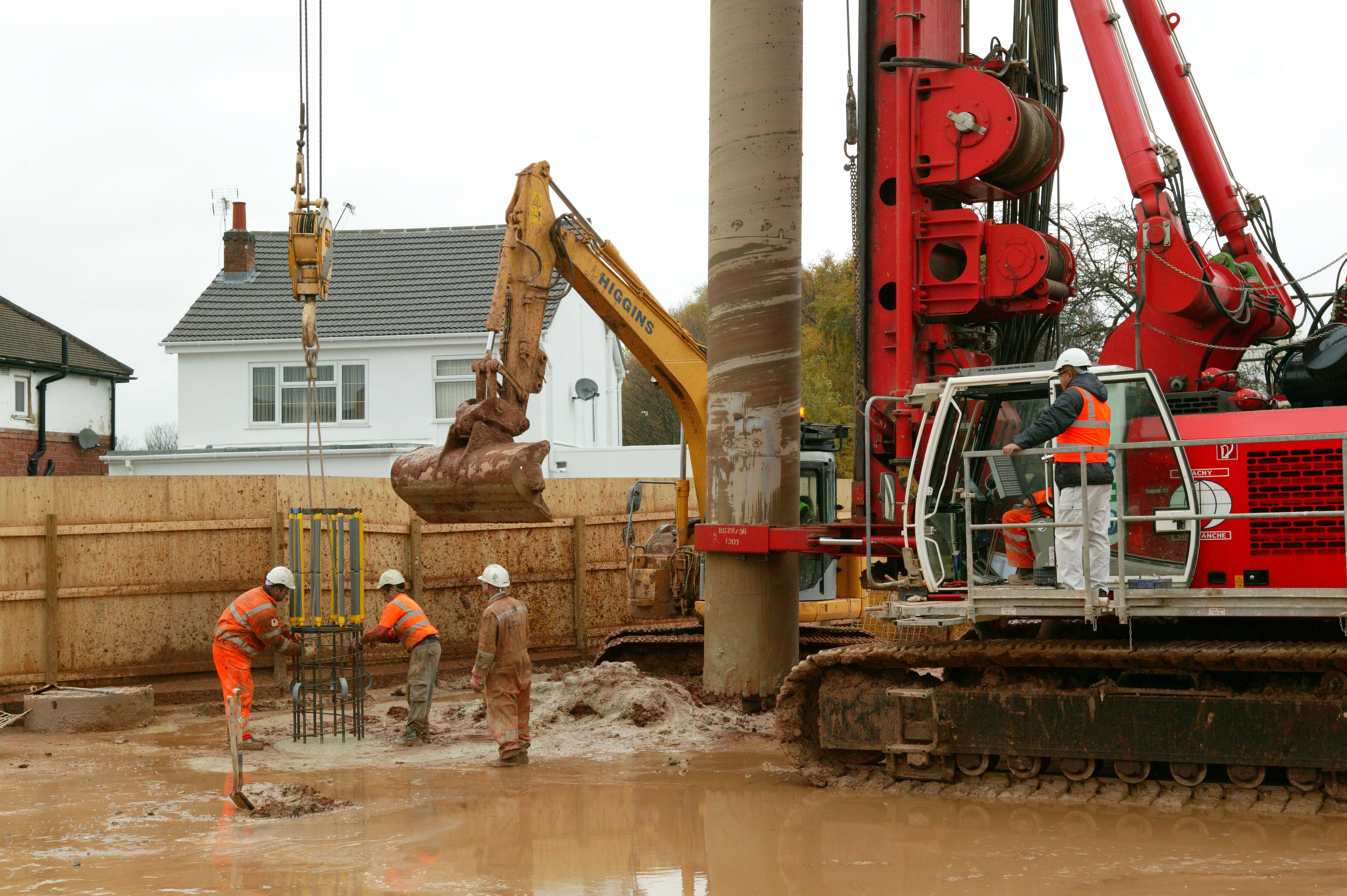