Jet grouting can be used in a wide-range of soils to modify their characteristics by mixing with grout to form a soil-mixed column.  It can be used to underpin buildings, for water cut-off, to aid excavation (tunnels, shafts etc.) and for mass soil-mixing and the encapsulation of pollutants.

The process works by using a rig to drill the jet grout rods to the required depth.  Once the required depth is reached the on-board computer manages the jetting process by controlling uplift rate, rotational speed, grout volume injection and pressure.  Depending upon the specified solution, varying methods of de-aggregating the soil are available with the most suitable method selected during the design phase.

Jet grouting uses a high-pressure jet of fluid (generally 20 – 40 MPa) to break up and loosen the soil at depth in a borehole and then mixes it with a self-hardening grout to form columns, panels and other structures in the ground, in order to strengthen the soil mass or to reduce its permeability.  In granular soils, the high-pressure jet breaks up the grains through erosion, while in a cohesive soil, such as clay, the jet breaks the mass up into manageable fragments.

Capability: Depending on ground conditions depths in the order of 40m and column diameters of three metres can be achieved.

request a tailored cpd
contact us to find out more 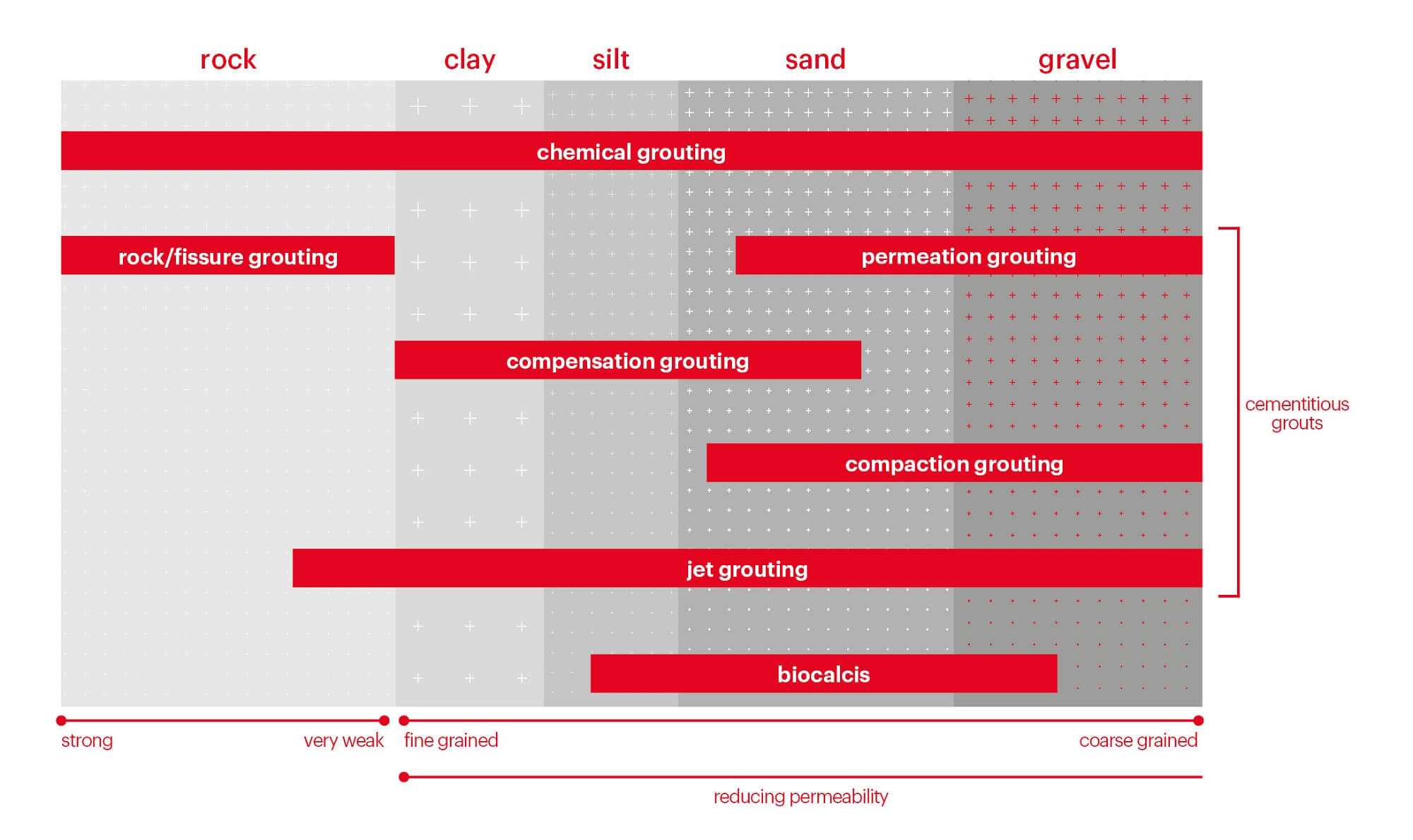