Bachy Soletanche were contracted by Bowmer and Kirkland to provide the foundations and piling package on a new flagship store for Waitrose John Lewis and Partners.

The development is the Waitrose John Lewis Partnership’s largest co-located store in the UK at around 72,000 ft2 (6700m2) and forms an integral part of Basingstoke and Deane Borough Council’s ambitious £200million regeneration of Basing View business district. Located to the east of Basingstoke railway station, west of Basing View business district and in close proximity to the main retail area, the development is on a prime site in the centre of the town.

Constrained by the mainline railway to the north and offices to the east, the project had the added complexity of an existing public highway road running through the western half of the site. The brownfield site has served a number of different uses over the years including a gasworks, car garage and petrol station, public house and a surface car park.

The original site topography consisted of a series of terraces stepping down in a bi-planar direction from the north-east to the south-west of the site. The overall design philosophy specified a ‘cut and fill’ approach, dictating the requirement for a piled retaining wall to the north and east boundaries of the site.

Bachy Soletanche, working in conjunction with the main contractor, developed the piling platform layouts and levels from initial tender stage through to the consulting engineers’ construction issue piling layout drawings, thereby reducing the amount of pile trimming and optimising the construction sequence ready for the following trades.

Due to the site conditions, constraints and construction sequencing, the works were designed be installed over two distinct visits. The initial phase covering the main development and the second phase covering the enabling works for the realignment of the Basing View carriageway.

The piles were constructed using a CM70 and a SF50 piling rig, and used a combination of CFA and hybrid CFA / cased LDA techniques. This method ensured that piles could be bored into the underlying chalk strata and provide enough time to place the reinforcement cages into the placed concrete.

Phase two, the enabling works, involved the construction of a contiguous piled retaining wall adjacent to the railway perimeter to the north of the site. This wall was 77m in length and formed of 10no. 900mm diameter and 89no. 600mm diameter rotary piles, bored to a maximum depth of 16m, providing a maximum retaining height of 7m. The piles were constructed using a BG24 piling rig in rotary LDA mode.

In total the team were on site for over four months and delivered this technically challenging project successfully for the client. 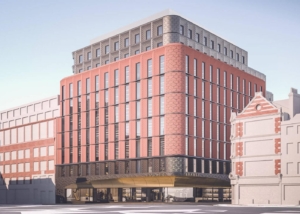 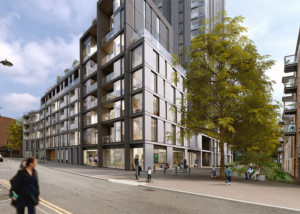 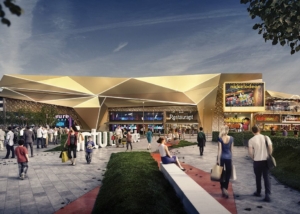