In this blog, Design Manager, Ana Carvalho discusses her journey through the construction industry, highlights some of her favourite projects and provides some advice to young designers starting out.

What made you choose a career in the construction industry?

Ana: To be honest, by the time I had to apply to the university I was not sure which career to pursue. I decided to apply for a degree in Civil Engineering because I always enjoyed maths, and this gave me the chance to combine it with science in a more practical way.

Where did you undertake your education and what route did you follow?

Ana: In 1993, I completed a five-year course in Civil Engineering from the Instituto Superior Técnico, in Lisbon.  Following this, from 1994 to 1997, whilst working as a design engineer, I studied for a master’s degree course in Soil Mechanics at Faculdade de Ciências e Tecnologia da Universidade Nova de Lisboa (FCTUNL).

Later in my career, my collaboration with the university and eagerness to gain knowledge in a particular area of civil engineering led me to pursuit a doctoral degree. I have always been curious about the seismic response of anchored retaining walls so between 2005 and 2013, in parallel with my professional activity, I developed my PhD studies in this area. The main purpose of the study was to understand the behaviour of flexible multi-anchored retaining structures supporting cohesionless soils under seismic actions, and this resulted in the PhD thesis: ‘Seismic response of anchored retaining walls. Physical and numerical modelling’.

Which company did you begin your career with?

Ana: In February 1994 I joined Geotest, a Portuguese company focusing on geotechnical design, site investigation, laboratory tests, construction monitoring and technical supervision on site. . This allowed me to gain experience producing geotechnical interpretative reports and providing design consultancy and technical assistance in geotechnical works: earthworks, soil improvement, slope stabilisation, retaining structures, deep excavations, deep pile foundations and monitoring. I started as Graduate Design Engineer, progressed to Design Manager and finally Director (from 2007 to May 2014). While working in Geotest, I was involved in several challenging projects, mostly in Portugal but also in Angola, Mozambique and Brazil.  In parallel, in 2002 I was invited by FCTUNL to be a part-time lecturer, teaching soil mechanics, foundations engineering and geotechnical design, position that  I held until August 2014.

How long have you been with Bachy Soletanche and what roles have you held in the company?

During your career, what project(s) has been your highlight and why?

Ana: During my career, for more than 25 years, I have been involved in a great variety of projects. I can refer some of the most recent and relevant ones. 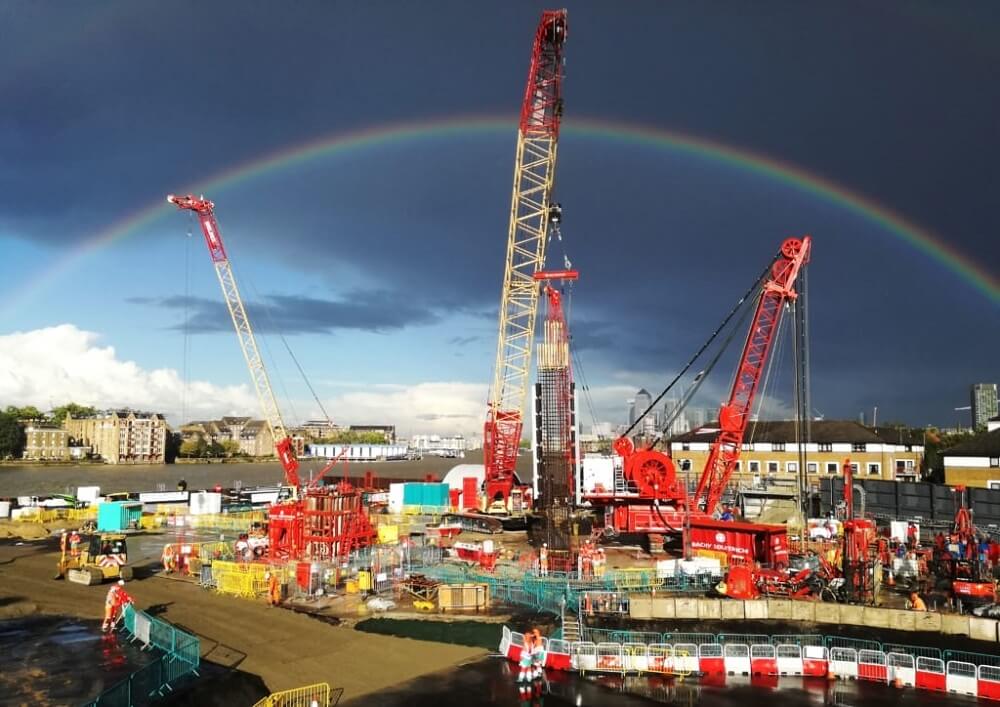 The Thames Tideway Tunnel is the biggest infrastructure project ever undertaken by the UK water industry. My involvement with the project comprises the design management of geotechnical works for Bachy Soletanche, as part of the Costain/VINCI/Bachy Soletanche joint venture.  Since 2015 I have been leading the design team responsible for delivering the detailed design of the diaphragm walls for five deep shafts and other retaining structures.  To date I have trained, supervised and reviewed the work of nine designers of five different nationalities, some of whom did not have any previous experience in geotechnical or structural design. My role requires detailed knowledge of advanced design methods and technical expertise. Furthermore, I have been working with the site teams, providing technical expertise.

Located at the Royal Free Hospital, Hampstead, the Pears Building is not a particularly complicated or large project, but has some interesting aspects related to movement control and the project went through a complicated process of design approval from third parties.  I was responsible for the contract design. The design included bearing piles and a 7m high cantilevered contiguous pile wall, with 900mm/1050mm large diameter rotary bored piles.

This project comprises the construction of three new residential towers, situated over the existing DLR lines from Bank Station tunnel, necessitating the construction of a tunnel encapsulation. I was responsible for the geotechnical and structural design for the discrete piles, contiguous and secant pile walls adjacent to DLR  lines. I started working on this project shortly after moving to the UK and it was my first contract design for Bachy Soletanche. It allowed me to familiarise myself with UK legislation and my responsibilities under the CDM Regulations 2015. 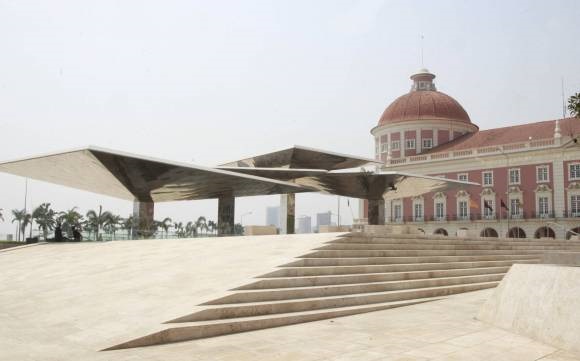 A 10m deep excavation with an area of 52x79m2 near Luanda Bay was required for the construction of an almost completely buried structure. The works included diaphragm walls; ground anchors; bored piles and jet-grouting columns. The key issue concerning the ground conditions was the presence of sandy soils and permanent groundwater uplift forces which the building self-weight was insufficient to counterbalance. A very sensitive ancient building from National Bank of Angola near the site was also a concern. I managed the detailed design for the geotechnical structures and it was my responsibility to follow up the results from the monitoring during the construction works.

The associated roads of Cadal Channel Bridge are 7.2km long, including the Soyo Bridge which is 525m long and is founded on 52 bored piles, 1.2m diameter and 29m to 43m in depth. The earthworks design included stability analysis, settlement evaluation and calculations to assess slope protection. Design according to AASHTO was a requirement from the Client, including evaluation of liquefaction potential. I was responsible for the geotechnical design for the bridge foundations and road earthworks. 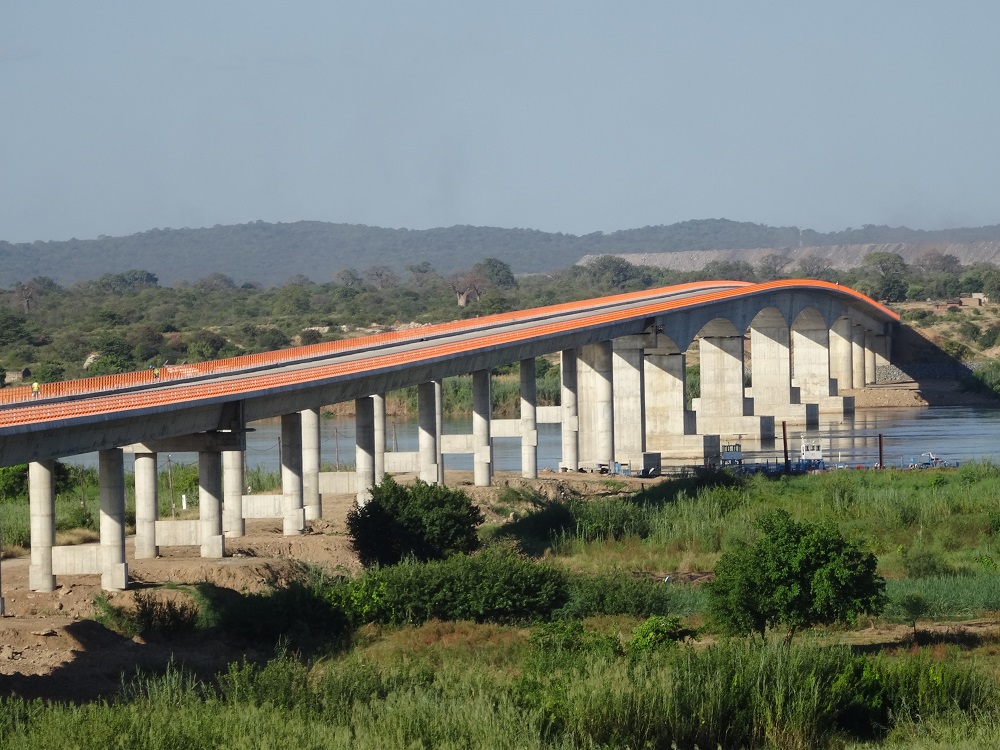 The new bridge over the Zambezi River is about 1600m in length and it is founded on 80 piles, with diameters of 1200mm, 1800mm and 2000mm, reaching a maximum depth of 75m. Results from the SI detected a considerable thickness of alluvium reaching 70m. The alluvium overlies Matinde Formations, formed by interbedded sandstones, mudstones and coal layers. 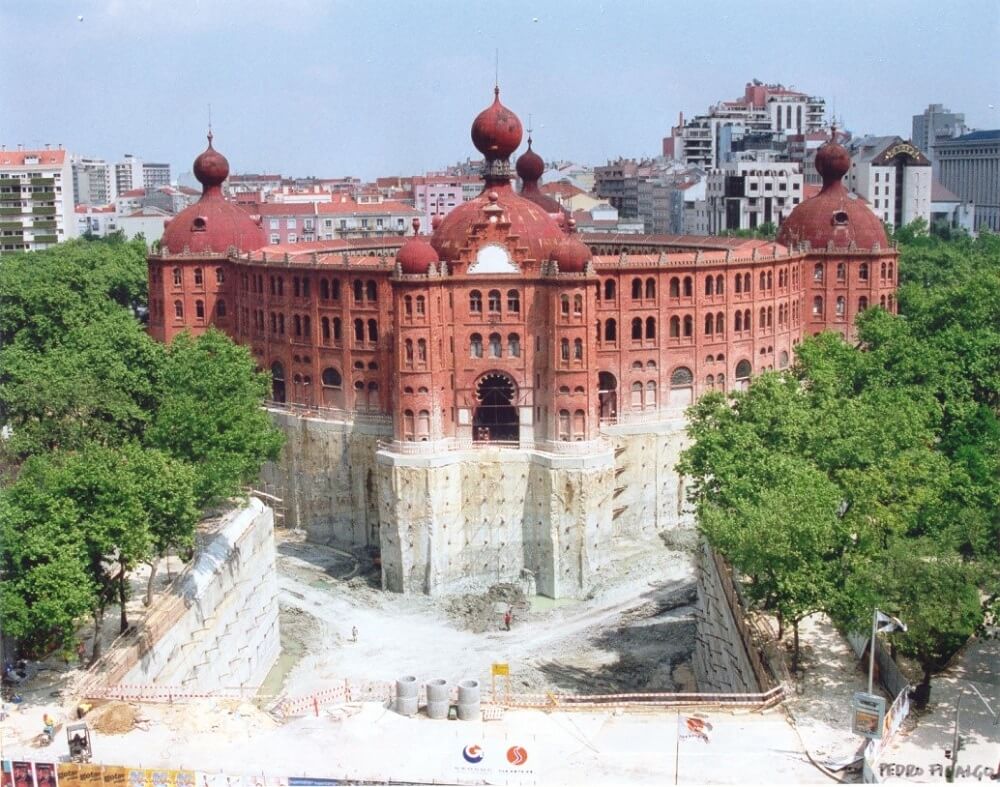 Praça de Touros do Campo Pequeno is an iconic building in Lisbon, constructed in 1892. I was involved in the modernisation works of the building and surrounding area, which included the construction of a four level basement around the existing building and one level internally. Although it is not one of the most recent, this was of great relevance and challenging project that I had the opportunity to participate in at an early stage of my career. I was responsible for the design of the retaining walls, namely the diaphragm walls and Berlin type walls, including the ground anchors. All the discussions with the structural engineers, the architect and site teams, gave me a better understanding of a multidisciplinary project and the periodic site visits allowed me to improve my knowledge in site procedures and construction.

You have recently been welcomed by the Institution of Civil Engineers (ICE) as a Fellow of the Institution. What does this mean to you, how much hard work went into achieving this grade and finally how important is the ICE in helping to shape and develop engineers of the future?

Ana: Following  the achievement in passing the ICE Chartered Professional Review in 2018, this autumn I had the honour of being accepted as a Fellow of the ICE. For me this is a recognition of my career and attests the relevance of my work. I have been working in the UK for the last five years, so in my view this was the natural route to follow as I am Senior Engineer and Geotechnical Specialist of the Portuguese Institution of Engineers since 2003.

I cannot say it was easy to put together an application to became CEng or FICE, as I had to look back over 20 years to search and gather all the information required. However, despite the amount of time I spent collecting records and memories, in the end it gave me a good retrospective of my career. I particularly enjoyed the chartered engineering professional review, as I felt I had been given the opportunity to have an interesting discussion with my peers, where I could give evidence of my knowledge and experience.  The ICE has a major role in helping to shape and develop engineers of the future, not only supporting the members and promoting their work, but producing and making available relevant civil engineering knowledge resources and promoting professional development and critical thinking.

The ICE has a major role in helping to shape and develop engineers of the future, not only supporting the members and promoting their work, but producing and making available relevant civil engineering knowledge resources and promoting professional development and critical thinking.

Thank you for your time, just before you go, what advice would you give to anyone wanting to get into the construction industry?

Ana: Civil Engineering plays a key role in society’s infrastructure and can be an exciting career. There are plenty of job options and opportunities at different levels and in diverse areas of specialisation. It gives the opportunity of working in an exciting environment and having the possibility to contribute designing and constructing extraordinary and useful structures that can improve people’s lives. Furthermore, this is an area of expertise in constant evolution, where research plays an important role in order to build more safe, resilient and sustainable structures.