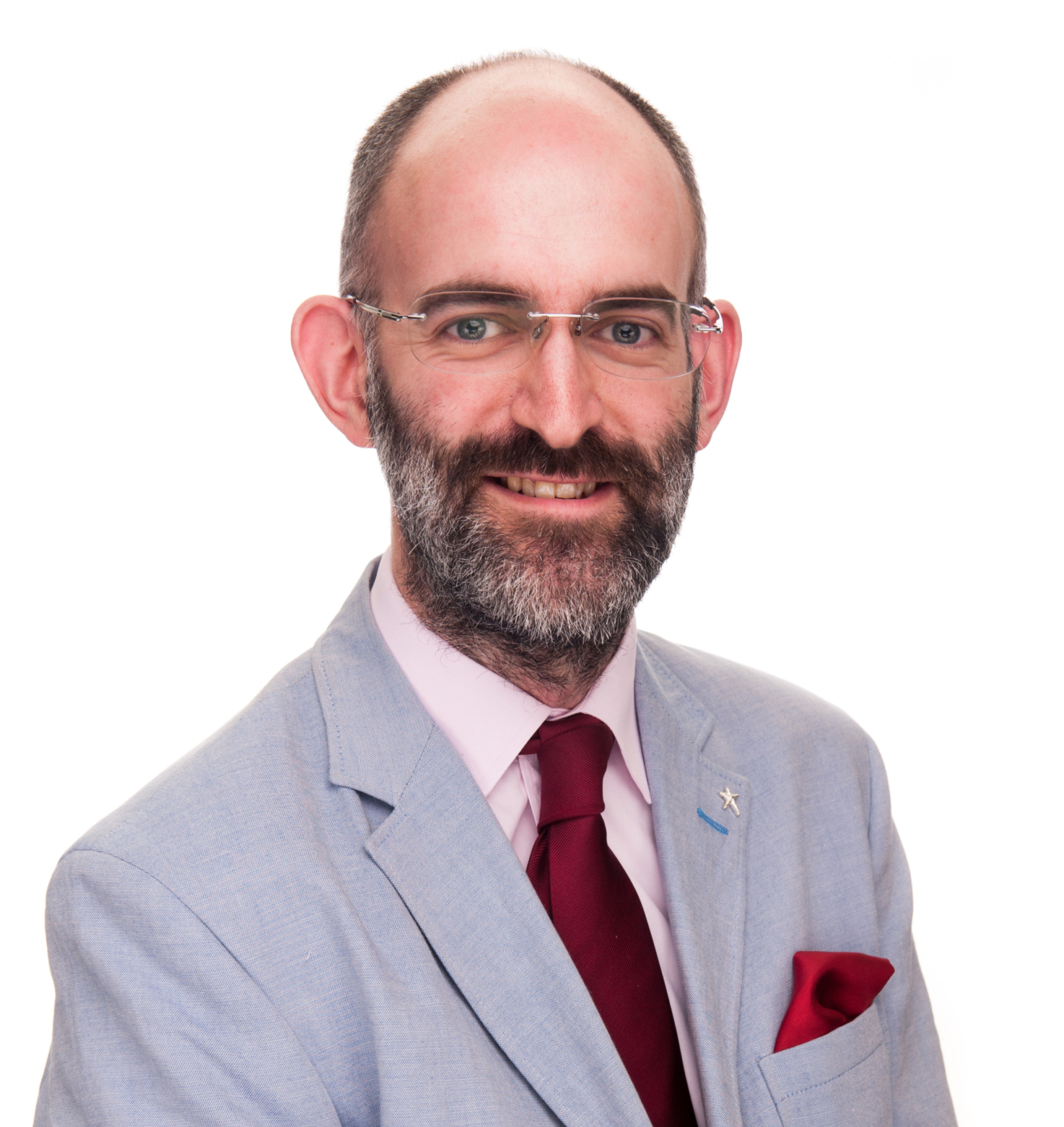 In this interview Richard Totty, Senior Design Engineer, describes his passion for volunteering with the STEM Ambassadors scheme and also discusses his motivations for promoting Fairness, Inclusion and Respect (FIR) in construction at Bachy Soletanche. We ask Richard what can be done to help increase diversity in the sector and to promote equality in the workplace.

Tell us a bit about your role at Bachy Soletanche.

I have worked at Bachy Soletanche for eighteen years and in the industry for nearly twenty years. I currently work as a Senior Design Engineer in the Bachy South business, having previously worked in operations for about ten years. This work has predominantly taken place in London, but I have also spent time abroad working for Soletanche Bachy. Most of this time abroad was in a rural part of Kentucky, where I was assisting with a foundation remediation project at Wolf Creek Dam, but I have also worked in Vietnam and Hong Kong. During my industrial placement at university, I also worked in South Africa for a year.

What motivated you to become a STEM ambassador?

When I first graduated, I was offered a position with Bachy Soletanche in the design team in the North West of England. It was there that I was first encouraged by my line manager to get involved with STEM. This involved participating in events at schools and the wider community and was mainly focussed on encouraging young people to consider engineering as a future career path. Admittedly, my work in promoting STEM tailed off as I progressed to an operations role, but it is something I have picked up again more recently with my design work in the South.

A key motivator for me to re-engage with STEM activities was my nieces, several of whom have expressed desires to work in STEM fields, so I wanted to be a positive role model for them and others in their position.

What motivated you to want to promote equality and diversity in the workplace?

A major reason for wanting to get involved in promoting Fairness, Inclusion and Respect (FIR) in the workplace was an article I read in New Civil Engineer that discussed the lack of diversity and representation of LGBTQ+ people in the engineering sector. As a gay man this article really struck a chord with me. Furthermore, my nieces will soon be entering the workplace and I am aware that they could still encounter conscious or unconscious bias due to their gender and/or ethnicity – something I want to try and change.

With this in mind, I spoke to our HR team who were extremely supportive and encouraged me to get involved with promoting FIR and helping Bachy Soletanche to build a more diverse and inclusive workplace. Having been actively involved in the LGBTQ+ society at university, I was eager to continue building awareness around these issues in the office and on sites. Subsequently I got involved in our parent organisation, VINCI’s working group. The knowledge I have gained from the FIR working group has also allowed me to participate in the Supply Chain Sustainability School’s FIR in Construction Ambassadors programme.

Do you think the sector is inclusive to a broad spectrum of people?

Historically, the reputation of the construction industry wasn’t great when it came to diversity and inclusion. There were very few women in my civil engineering classes at university, even fewer in engineering positions on sites, and few if any women in operative roles. I was openly gay when I was at university, but I went back into the closet when I got my first job because I didn’t want my sexuality to define me. I wanted people to see me as a competent engineer, but I felt there was a lot of stigma attached to being identified as an out gay man in the workplace. I would sometimes wonder how I even got into construction given some of the banter that I used to overhear on site!

This industry is never going to grow and improve and be able to address the skills shortages that we face, unless we tackle this.

The good news is that this sector is a different place to what it was when I started and big steps have been taken on a long journey towards equality. There has been a lot of progress in encouraging women into the industry, through promotion of STEM in schools and within workplaces, such as Taylor Woodrow’s ‘Women in Taylor Woodrow’ (WiTW) working group.

It’s great to see VINCI taking the subject seriously, having repeatedly been accredited by the National Centre for Diversity as Leaders in Diversity, for programmes such as their mental health first aid training and awareness. Bachy has also made the same commitments, through the ‘Time to Change’ campaign. But there’s still a long way to go and more work needs to be done to create a welcoming environment for all.

The gender pay gap has been well publicised recently, and there is still a lot of work to be done to equalise pay across the industry. Another issue is research, by Stonewall, that suggests only half of LGBTQ+ people working in the sector are comfortable being openly LGBTQ+ at work. This figure needs to be lower – there is a legal obligation that nobody should be made to feel uncomfortable in their workplace. There is also empirical evidence from Stonewall that proves openly LGBTQ+ staff are more effective when supported by their employer.

Bachy Soletanche has always been a great place to work, and I have never been made to feel anything other than welcome. But I have friends in other parts of the industry who unfortunately can’t say the same. At operative / technician level within the construction industry there is still a way to go to improve diversity and inclusion, in particular there is a clear underrepresentation of women in these roles.

Historically, the reputation of the construction industry wasn’t great when it came to diversity and inclusion. There were very few women in my civil engineering classes at university, even fewer in engineering positions on sites, and few if any women in operative roles.

The industry needs to do more to address the issues that surround flexible working for site operatives, which I believe would help to break down this barrier, encouraging entry onto sites for a diverse array of people. This industry is never going to grow and improve and be able to address the skills shortages that we face, unless we tackle this.

What would you say to young people who are looking at getting into the sector?

I have worked in the industry for nearly 20 years, and it is the everyday challenges as well as my personal interests that keep me here. What I really enjoy about my job is the family feel that we have in the office. There is always a feeling of mutual respect for different opinions and friendship amongst colleagues. Bachy Soletanche also continues to allow me to pursue my own interests, which often have the potential to bring mutual benefits to the business as a whole. My invaluable experience with the VINCI Plc FIR working group has also led to me joining Stonewall, the LGBTQ+ equality charity, as an ambassador.

I also joined InterEngineering, an organisation that believes diversity and inclusion within engineering is pivotal to business success. They also work closely with industry bodies to promote FIR and the business case for FIR in the workplace. I have also taken on the role of our office employee forum representative, so that I can engage with our directors on these topics and those which are of importance to all employees within the business.

Through these activities, I have been able to engage Bachy Soletanche with major inclusivity and diversity programmes around the country. I am truly privileged to be able to campaign and promote something I believe in every day at work.

It’s also important to emphasise that you can be the master of your own destiny in this sector, and at this company in particular. I think there is a common misconception that you can only get into this industry if you have a degree. But Bachy Soletanche actively encourages full and part time paid apprenticeship schemes, as well as partnerships with local universities, and offer scholarships to those which they see potential to do well in this industry. We also maintain links to local schools, participating in careers fairs for 11-16-year olds. This is because we want to employ as diverse a group of people as we can.

A line manager of mine started off on the tools of a ground investigation rig and worked his way up to become a principal geotechnical engineer. Another colleague entered the company in a similar role, and has gone on to become a senior supervisor, overseeing the safe and effective operation of our nationwide projects.

This is a fundamental tenet of diversity and inclusivity – that anyone should be able to find opportunities to progress and succeed, regardless of their background, gender, sexuality or any other protected characteristic. I have found this culture of inclusivity at Bachy – I truly hope others find the same elsewhere in the industry too.

5 ways to wellness with our Mental Health First Aiders