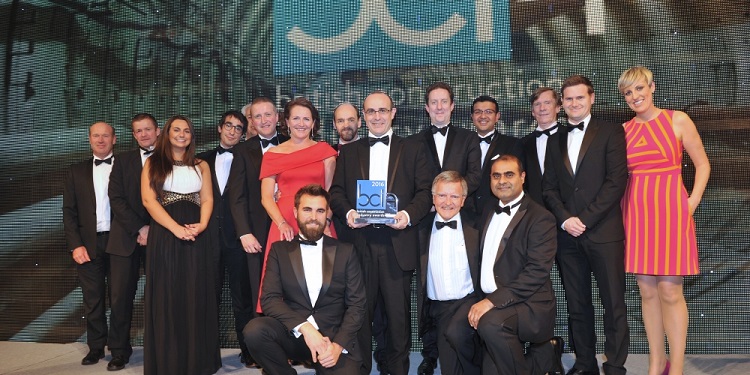 Bachy Soletanche, as part of a joint venture with Morgan Sindall and VINCI Construction Grands Projets has been recognised with three prestigious awards for their work on the overall delivery of the Lee Tunnel project in London.

In New York, the Engineering News Record (ENR) magazine held their international awards ceremony. In the Water and Wastewater project category, the Lee Tunnel took the Best Project award, and, in addition, won the across-category Project of the Year 2016 award. These awards were in recognition of performance in terms of safety, innovation and team spirit as well as the quality of the design and the construction of the project.

The team scooped a further accolade at the British Construction Industry Awards ceremony in London, where the Lee Tunnel won the prestigious Major (£50m+) Civil Engineering Project of the Year award. The judges underlined the project’s “exemplary continuous pursuit of innovation”.

The Lee Tunnel project involved the design-build of a rainwater and wastewater drain between the Abbey Mills pumping station and Beckton, in east London. It was inaugurated on 28 January 2016 by the city’s former mayor, Boris Johnson.

More on the Lee Tunnel Project
Back to Insights